I’m sure I can’t be the only person who has annual landmarks that witness the passing of the year. For me, one has become the six nations rugby championships. As they draw to a close each year, I know that spring has arrived and lighter, longer days will soon be on their way.

This year, as England try to achieve their first Grand Slam since 2003, it is perhaps appropriate (and entirely coincidental) that my first blog for some time should have a rugby connection. However, the inspiration originated far from the rugby field and has more to link it to Ireland or Australia than England, but accepting that, it still brought me back to blogging.

Yesterday, my Australian partner posted an update on social media in which he said how annoyed he was to have lost his Irish rugby jersey, particularly given that it is Saint Patrick’s day and would therefore have been his clothing item of choice.

Little had he (or I) expected this to be so controversial. Enquiries from his mum wondered “What is this jersey business? You turning into an Englishman? … It’s either a rugby jumper or a wind cheater.” A friend, Caroline explained “Posh people call it a jersey. Us lowlies call it a jumper!” This led to a friend of mine correctly assuming that Caroline was northern claiming “Jumpers north of Birmingham, pull-overs south”

Add to this comments made to me saying they were all wrong and it’s a shirt and I started to wonder just how divided we are by words to describe the same fairly innocuous item. 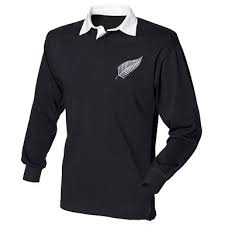 So what exactly is this item (please note the carefully observed national neutrality). So far we have offerings of Jersey, Jumper, Shirt, Pull-over and wind-cheater. Perhaps more interestingly what drives these differences. Clearly nationality plays a part; I remember once asking someone to pass me my jumper in San Francisco – not a mistake I shall make twice.

To save you getting some very dubious search results, I should point out that in American English a jumper is most commonly a sleeveless dress that’s made to be worn over a blouse or other top. That would make it both different to the ‘woolly pully’ I had been wearing and totally out of place on the rugby field.

So I turned to a friend who has worked as a lexicographer since the 1990’s for some clarity. This comes with the caveat that it’s a British viewpoint and other linguistic branches may lead to different destinations. 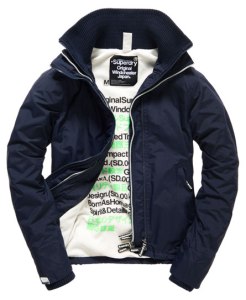 That said, wind-cheater is perhaps the easiest to exclude in the UK. Here, a wind-cheater is a comparatively new phrase and is a wind proof jacket with a tight fitting neck, waistband and cuffs. The rubgy ‘top’ has a tight fitting neck, waistband and cuffs but isn’t a jacket (has no closable opening the full length of the front) so that’s one down off the list.

Similarly. pullover (although technically applicable can be excluded being a warm item of clothing usually woollen with long sleeves worn on the upper part of the body. It is pulled on over the head. However, it is typically social/leisure wear and not in a sporting context.

Then, according to the lexicographers, it becomes trickier and linguistics needs to be supported with history and a spattering of inherited misnomers. 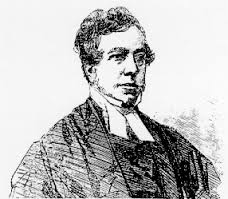 So, jumper, jersey, or shirt? Here the history of rugby itself becomes relevant. In 1823, during a game of football at Rugby School in England, legend has it that 16 year old student William Webb Ellis, caught the ball and ran with it rather than following the rules of the times of catching and kicking the ball only leading to the birth of the game.

However, it was too physical in an unregulated form for most being most popular with railway navvies who played it between working. It was 1871 before the first ‘kit’ was defined. You certainly wouldn’t recognise it today. The uniform was vest, normal white shirt with bow tie, trousers and stout walking boots.  Although very different the generic term ‘rugby shirt’ stems from the very birth of the game and persists today.

As sport developed in the early 2oth century the work shirt morphed into what we would now recognise as a cross between a grandad shirt and a vest. This rapidly became too light and cold for the newly formed game.

Whilst the precise origin is unknown, these then changed to knitted long sleeved rugby tops thought to have come from the Channel Islands who spotted a potential market for their declining woollen industry. These became known as rugby ‘jerseys’ named after the style of the knit. – Interestingly, those remaining look more like guernsey’s but putting your guernsey on doesn’t sound quite right does it?  However, all retained the formal collar style in a nod to the original formal shirts – something I’d never quite understood until researching the subject.

The last piece of the jigsaw to consider when deciding on your preferred choice is snobbery and the class system.

Whilst a jumper certainly fits the definition (a warm often woollen long sleeved item of clothing), the very type of  schools that saw the birth of rugby were some of the places that took a strong dislike to the word. Why? Well there are two schools of thought.

It could be that jumpers first became popular as a term in the 1850’s. Then they were derived from the french word joup which can best be described as an artist or workman’s smock. Alternatively, when these ‘jumpers’ became popular, they did so in the very working class northern mill towns, usually with a close association to the wool trade. Either way, certainly not what 19th century public schoolboys should aspire to be wearing.

So in my most Dr Sheldon Cooper stylee, I have to discount wind-cheater and pull-over on the grounds of definitions. Jersey goes because it’s not a jersey, I might as well call it an Aran and down that road leads madness.Jumper would have been ok if it were woollen so I’ll go with the generic and historically consistent ‘shirt’.

Others are of course welcome to make their own choices. However, dipping my toe into this entomology shows me just how much we remain bound by nationality, class prejudice, regionality and history. So my thanks to Cynthia, Vaughan and Caroline for sparking my interest and to James for help with the lexicography. Isn’t language just fascinating?