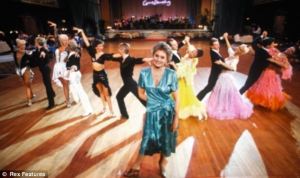 About ten years ago, the BBC made what could now be described as a brave and inspired move introducing Strictly Come Dancing to the UK.

Replicated across the world, most famously as Dancing with the stars in the US, all were based on Come Dancing which ran on and off in the UK from 1949 to the late 1990’s.

The original was noted for its amateur dancers and their tendency to sew on sequins to any possible item of clothing. The participants were highly skilled and experienced dancers albeit rather plastique at times. By the 1980’s it had a rather stayed, conservative and unexciting reputation which consigned it to a dwindling specialist audience until it was finally scrapped by the BBC in 1998.

After a brief absence from our screens, a re-vamped version Strictly Come Dancing was introduced in 2004 becoming the must-see programme of that and subsequent autumn season viewing.

I should state my position at a fairly early stage; I was a fan of the early series but that interest has gradually waned over 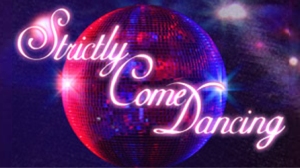 the past few years to such a point that I had not followed or watched the 2015 series. The reasons for this are varied. It feels as though just about every ‘celebrity’ has been put thought the strictly ‘journey’. The inevitable churn of professional dancers means some favoured cast members have left and the focus of the show seems  to have shifted in my view – in a way that made it less attractive.

So what was it that made me catch up with the series (or at least its highlights) this year?  The answer is simple, a twitter message sent to one of the participants, BBC journalist Jeremy Vine,

One of the reasons I became jaded with the series in recent years was the sense that some of the participants were using the series as a means of self-promotion. Clearly as ‘celebrities’ this will always be a consideration, but it appeared to have become the driving factor in some cases. Given that, it was perhaps no surprise to read the message on Mr Vine’s website. 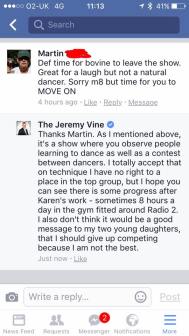 One contributor called Martin posted a message stating ” Def time for Bovine to leave the show. Great for a laugh but not a natural dancer. Sorry m8 but time for you to MOVE ON”

Firstly, I have no issue with Martin or his right to make such a comment – I just strongly disagree with it. In fact, I felt so strongly about it that I reviewed highlights of the series so far to see what could have led to these comments. After all, he isn’t the first contestant to be less naturally talented than his fellow competitors.

What I saw (and I appreciate others may see something different) was a rather normal man enjoying to learn to dance and doing his best to progress in sort of dance competition. It may be true to say that Jeremy Vine isn’t as natural a dancer  as some others in the series this year. However, I have to ask the question – so what ?

Perhaps unsurprisingly for a journalist the response to this call for him to leave the show also came via social media. Then again to quote Phineas T. Barnum “there is no such thing as bad publicity.”

In his response, Mr Vine explains how he doesn’t want to set a bad example to his daughters and reinforces the fact that he’s trying to do his best and improve as the weeks pass. For me setting a good example is certainly valid but ultimately a very personal matter. 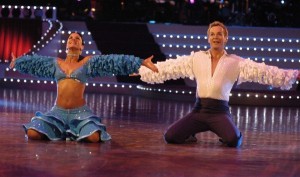 How sad it would be if we could only participate in things where we had natural talent. For me Jeremy Vine is giving of his best – whether that’s as good as others isn’t the point. He certainly isn’t the first to suffer from this phenomena, Julian Clary seemed to me to suffer some of the same in 2013.

In fact, the rise of personality and ‘entertainment value’ over good old fashioned hard work and effort is one of the reasons I stopped following the series in mid 2014.

I may mark both Julian Clary and Jeremy Vine lower than others in terms of technical capability, but very few put in more work rate than either and I thought (perhaps mistakenly) the show was also about learning a new skill. What a great role model both men have been to men of a certain age to take on new challenges and conquer them. More power to your elbow Jeremy.

Without singling out any previous competitors it is clear that Vine is taking things seriously – or more accurately not playing the routine for mere impact or comedic value.  When competitors start to be airlifted in to the start of their routines or using stunts and gimmicks they lose so much in my eyes. Whilst it’s true there must be an entertainment value, for me it shouldn’t overwhelm the dance element. It would have been easy to venture into this space but to his credit Jeremy Vine and his coach have consistently resisted this.

Ultimately, one of my strongest reservations about the most recent series is the tendency for all things to come down to a popularity contest  among the competitors.

Any one of these perceived negatives might be a reason to stop participating (or not start in the first place) in the series. However, just because you’re not seen as the world’s best at anything doesn’t seem to me to be a good reason to stop.

I doubt I will be restarting the series for the reasons already  stated, but I really hope those taking part don’t believe the hype – after all the audience is just that. Enjoy the skills you’re learning and don’t worry too much about the views of the armchair waltzers.