Some things have the capability to act as shorthand for a country, a kind of national image which everyone associates with a people or nationality. Often this is even the case when the object in question has very little to do with that country in terms of origin. 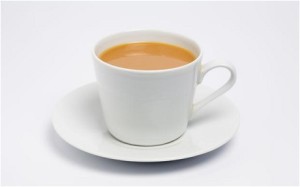 One such example is the humble cup of tea. Few other things could immediately conjure up the British nation than it’s devotion to tea. The best estimates suggest that over 60 billion cups of tea are made each year in the United Kingdom alone.

Despite being only six major types of tea (white, yellow, green, oolong, black and post-fermented) these all come from the same species of tea bush, the difference is merely in the post picking preparation. The love affair with these steeped leaves started in the 1600’s with Portuguese traders bringing tea leaves back to Europe from China.

Indeed some people say the British love of tea stems from decisions made in Tudor times when Elizabeth I granted the East India company a charter to operate. As that company grew, it established an infrastructure which ultimately supported the British Empire in India and lands capable of growing plants smuggled out of China. 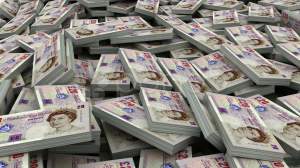 Whatever the reasons, it is clear that tea is now very big business in the United Kingdom. The exact figures are hard to establish accurately, however, there is little doubt that tea production and sale in Britain is an industry generating in excess of £1 billion pound annually.

Although originally a Chinese specialist plant, the majority of the world tea production is now concentrated in the sub-continent of India. Assam and Darjeeling being the best known areas.

The Indian government recognising the importance of a stable and readily available workforce placed requirements on tea plantation owners to provide adequate homes for their workforce. A move which at the time of its introduction made the more reputable plantations attractive employment options.

However, things have deteriorated over recent years with homes in many estates now being little more than shacks. Many have virtually no roofs and the original concept of a house per worker has been rapidly moved to multiple occupancy often with as many as eight families sharing one small hut.

Many of the plantation owners have also started to apply a

de-facto levy to the provision of housing. They claim these requirements provide above average living standards for their staff which means their base salaries can remain low – and by that I mean typically £1 per day. 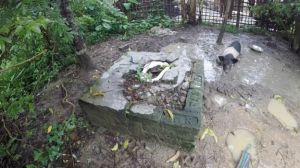 The backlog of repairs on many  of these estates means people living without running water, sanitation and even functioning toilets. Some simply have the concrete footprint remaining to indicate where former outhouses once stood. Yet despite this wages of tea workers have remained unchanged for years. This has already led to industrial unrest and even the murder of one estate owner. However, most people are simply living on existence wages so ‘rocking the boat’ by taking a stand for workers rights is simply not an option. More details of this aspect were recently reported by the BBC’s Justin Rowlat

So is there an issue with the sale of tea from these estates? Is the product over-priced or hard to sell? These conditions exist in plantations selling to Tetley, Yorkshire Tea, Twinings and Fortnum and Masons to name but a few. Hardly the cheaper end of the retail market and far from small purchasers. 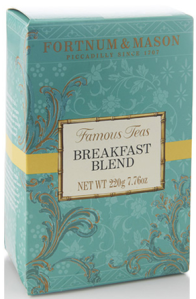 As an example an experienced tea worker can pick up to three bags of tea leaves during their shift for a day. Once processed these can make a pallet of tea, roughly 500 packets of loose tea such as the one shown  here.

In this example, just one of those five hundred packets within that pallet sells for £7.50. Put another way, just  one packet equates to nearly a weeks wages for the average tea picker. Someone somewhere is making a very nice living, but it certainly isn’t  those picking the leaves to provide your breakfast cuppa.

Regulation and legislation does exist in India to address these conditions. However, the simple truth is that they appear to be totally ineffective. So what are our famous name purchasers doing with their undoubted buying power to improve the situation? The answer appears to be washing their hands of the problem. It appears to be the majority view that this is an internal matter for India to resolve.

So next time you pay for your branded tea and wonder why fair trade tea might be more expensive this could well be one reason for the increased prices. However, reliance on fair trade isn’t sufficient in my view. Come on big brands, make a stand and refuse to accept working conditions that would have been more at home in the worst of the Dickensian novels. Food for thought when you next put the kettle on for you cup of English breakfast.