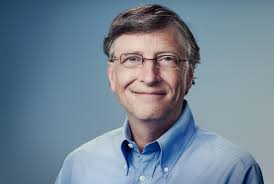 Love him or loath him William Henry “Bill” Gates III is a figure you would have to work very hard to avoid.

Whether you look at him as an entrepreneur, a technologist, self-made man, co-founder of Microsoft, philanthropist or social commentator he is often a figure who produces strong opinions.

According to Forbes, Bill Gates has a personal net wealth of $79.5 Billion. That in and of itself is enough to make him the subject of dislike, even hatred by some around the world. To put that figure in perspective, that is greater than the gross domestic product of countries including Luxemburg, Bulgaria, Croatia, Kenya, Panama and Bahrain.

Of course, whether any individual should have that much personal wealth is at least in part a function of your political beliefs. Whether you see this as an obscene example of untrammelled capitalism or the embodiment of the American dream is a matter for you. Personally, I take a rather more ambivalent and hopefully pragmatic view. For me, it depends in part on how that wealth was acquired and perhaps more importantly what the person who holds this wealth does with his or her riches. 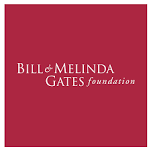 So given that measuring stick, what has Bill Gates done with his undoubted fortune ?

I was one of those mildly sceptical in 2000 when I heard of the Bill and Melinda Gates Foundation being launched with a view to reduce poverty and sickness. I remember thinking the aims were rather motherhood and apple pie. However, I would  be the first to say I missed the simplicity of its aims.

The Foundation is now the biggest  in the world and has made significant inroads into the vaccination of some of the poorest communities in the world. Apart from this, it has made real progress towards not just the reduction but the near eradication of diseases such as Polio, elephantiasis and river blindness.
In 2008 Bill Gates announced that his fortune would be donated to charitable causes on his death rather than being passed to his children. He stated that he would rather make a lasting contribution to the world and not create another wealthy dynasty just for the sake of it.

Before looking at some of the outcomes (which I admit took me by surprise), here’s another statistic that puts the undoubted wealth of this individual into perspective. Over his lifetime, Gates has already given away $29.5 billion. Again, that is greater than the GDP of countries such as Bolivia, Cyprus or Jamaica. Put another way, he has given away more than fifty times the personal wealth of Queen Elizabeth II. – Some track record.

When researching the results delivered by the Gates foundation (in close collaboration with UNICEF and the World Health Organisation) I was amazed at their successes so far. The number of children under five who die each year worldwide has been nearly cut in half, from a high of nearly 13 million to 6.5 million today.  Drought-tolerant seeds are dramatically increasing agricultural yields; economies in the once-desperate countries in sub-Saharan Africa are now matching the developed world in rate of annual growth.

“We’re already moving toward an HIV tipping point,” says Melinda Gates, “when the number of HIV-positive people in sub-Saharan Africa who are in treatment will exceed the number of people becoming newly infected.”

What surprises me is the relatively low profile of these efforts and achievements. It was only when watching an Episode of The Big Bang theory that I wondered how Ebola had been tackled in the recent west African outbreak.

In a recent interview, Bill Gates explained how his foundation has an eye to the future with his view of what poses the greatest threat to humanity over the next 50-100 years. His fear is not that some rogue scientist develops a killer pathogen (a la Big Bang). Instead, he believes that the risk is simply that something as innocuous as the flu virus could mutate by chance into something as aggressive as the Spanish flu of 1918.

This is where the scale of the donations made by the Gates took me by surprise. One the United States and the United Kingdom give more as countries to the eradication of health issues such as those the Foundation target. Whilst it may never overshadow the work in sub Saharan Africa, the foundation is also considering how we should plan and prepare for a major pandemic (whether natural or manufactured). 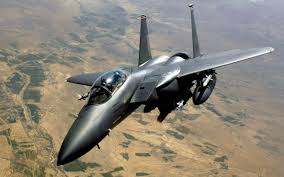 What is worrying or rather depressing (at least to me) is that the World Health Organisation, UNICEF, Gates Foundation and similar organisations agree on one thing. We could probably tackle the issue of preparedness for outbreaks such as Ebola, SARS or similar pandemics if we had the political will.

In this case, the political will equates to the willingness to fund the resources and preparation. This would amount to just under 1% of the defence budgets of most western countries . Ironically, the largest standing armies, navies and air power will have zero impact on preventing any major pandemic.

I will admit to having been critical of multibillionaire figures such as Bill Gates in the past. I still hear many voices criticising his wealth and resulting carefree lifestyle. What I don’t often hear is any credit where it is due. It appears by any objective measure that hundreds of thousands if not millions of lives have been positively  impacted by the philanthropic side  to this wealthy individual. Far better than just stashing the cash in an offshore account.

So I for one will be following and supporting the continued work of this progressive and successful foundation and am not ashamed to say a big thank you to Bill Gates.