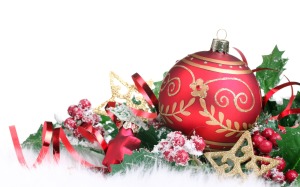 Twelfth night came suddenly this year, in fact so suddenly that it passed me by unnoticed. I was travelling at the time from Melbourne to Kennett River along Victoria’s Great Ocean Road.

For those unfamiliar with this particular route it is the coastal road leading south west out sof the city, much of it constructed in the 1930’s as a construction project to counter the great depression of the times. What you need to know is that it has a small number of small towns and spectacular coastal views. It wasn’t incorrectly named. As a result, my attention was taken up with visits to coves, harbours, inlets and beaches in temperatures approaching thirty degrees. That combined with the fact that we stayed in Kennett River for two days, meant I missed twelfth night. Consequently, when I did see the shops in Apollo Bay their decorations had been stripped bare and perhaps for the first time since childhood I had a sudden pang of regret that I missed the passing of the season.

It was in that frame of mind that I saw a small book store in Apollo Bay with a window display themed around childhood and food – two distinct themes that were immediately juxtaposed in my brain with typically unusual and unexpected results.

One of my earliest memories relating to food and childhood is that of two chefs well before the era when the phrase ‘celebrity chef’ had first been uttered. The first was an afternoon television programme, presumably before I had started school, called ‘The Galloping Gourmet‘. The host, Graham Kerr would typically rush around the studio, usually immaculately dressed in a highly animated state.

His attraction was threefold from what I can recall. Firstly, I seem to remember he was considered to be exotic and attractive by most female members of my family. His accent was antipodean without being precisely located which was new for British television. This led to the second appeal, his knowledge of unusual ingredients from around the world now ‘readily available at a supermarket near you’. The third was his willingness to be liberal with the addition of dairy produce, typically large quantities of cream and butter.

The second was the scarily forceful Fanny Craddock who’s star was already waning by the time I became aware of her. She too pushed at the boundaries of post war British cuisine championing ingredients grown and imported to beat the limits of the traditional British seasons.

She was also noted for teaching the Brits how to make everyday items which must logically have been cooked, but nobody really knew how. Ring doughnuts are perhaps the best example, made of course, in a flowing cocktail dress. She famously demonstrated this with assistance from her long suffering husband Johnnie. After presenting them to camera Johnnie Craddock uttered the now immortal words ‘Follow these steps and your donoughts can all look like Fannie’s’ – Even at eight or nine I knew a double entendre when I heard one (even though I may not have fully understood it).

After the austerity of the war and the freedom of the 1960’s and 70’s came the explosion of possibilities that was the 80’s. It seems we wanted Strawberries in January and asparagus in November – even if that meant flying produce half way around the world.

So has this proliferation of produce out of season really benefitted us? I can remember the excitement brought about by the taste of the first of the summer strawberries. Fruit that tasted of fruit (allowing of course for the enhancement of memory). Contrast this today with the relatively tasteless produce provided out of season having flown several thousands of miles  to our plates – for me there isn’t really any comparison. 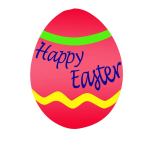 Today, barely halfway through January, the seasonal isles in supermarkets are making way for Easter eggs barely 48 hours after twelfth night. Is it any wonder that the magic of any season is diminished when the run up to it lasts well beyond the sell by date of the goods being consumed in the season itself.

Whilst commercial interests would never tolerate it, I’m attracted to the concept of first night as well as twelfth night. A date before which it is just stupid to be selling festive goods of any kind. I’m certain we might enjoy the celebrations more if we weren’t already heartily sick of them before they have actually arrived.

I sometimes find myself asking if I am a lone voice in this particular wilderness? Then I consider the huge change in the attitude of chefs as a case in point. Far from espousing the importation of out of season goods for novelty value, many top chefs now use the ability to cook with quality seasonal ingredients as a mark of capability.

As for those chefs of the 1970’s, some of them have made a conversion in recent years. Graham Kerr, so long associated with the novel and rich became a convert to healthy seasonal ingredients in recent years. (I’m told a heart attack and coronary surgery can have that effect).

However, I’m also reassured that (at time of publication) he is still very much alive and kicking so a few years of decadent living doesn’t seem to have done him lasting damage. In that regard, there is hope, I hope for us all.

So with that in mind, next time you reach for those out of season treats, just think how much better they may taste if we could re-learn the art of patience and wait for them at their best.