There is a widely recognised possibility that as we age we risk becoming more critical, less open to new ideas and norms and just turning into a grumpy old man or woman.

Cognoscente of those facts, I find myself about to write a ‘things are not what they were in my day’ entry. This immediately puts me on guard against being that miserable curmudgeon who sees no good in the current world. However, in this instance, I think that there is one specific social change which has developed (or at least become more visible to me) over the past twenty years that I wish had not evolved so markedly.

I make no claims that the observation that people have become more selfish is either new or particularly insightful. However, it now seems to be extending well past traditional boundaries of self-interest and reaching the point where everyone else is excluded from any consideration. Further that this exclusion is appropriate and natural behaviour.

Clearly the world is still turning on its axis, new friendships and relationships are being formed and developed, so this extreme view isn’t all pervasive, however, the direction of travel appears to be to an increasingly individual centric world.

For me, it’s currently some members of generation Y (mid twenties to early thirties today) who show this most markedly. It’s almost as though they exist in their own little bubble – their personal me-niverse. Nothing and nobody that doesn’t impact or interest them directly exists. It’s not merely that they put themselves first, but the most extreme examples appear to have an almost ideological right to ignore and exclude others.

How many times have you seen someone absorbed in their own world, usually associated with a screen or mobile device of some kind to the total exclusion of others. The thought that others may not wish to see, hear or share the experience not registering on the individual at all.  Increasingly, the view seems to be expressed that nobody is forcing those who find the situation inappropriate to stay around – ‘if they don’t like it, they can move’. In their view the individual has a right to do precisely what they want without considering factors beyond their choices. 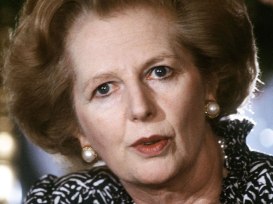 In the 1990’s Margaret Thatcher was frequently misquoted as having said ‘there is no such thing as society’. Her full sentence continued ‘ it is made up of individual men and women.’ which rather changed the context.

However, much as I disagreed with many of her actions, it appears that the incessant rise of individualism is leading to the very position the misquote predicts. Charities dealing with ageing and mental health (for example) indicate it is increasingly difficult to engage with large sections of the younger demographic who fail to see any relevance for them.

The right to choice (which I absolutely support), appears to have increasingly obscured the consideration of the greater good (whether that is family or wider society).

The rapid increase in personal choice and the ability to ‘feed’ those choices with on-demand personalised information, data and media clearly marks a step change in personal freedoms. However, in my view it can also define your world too closely. One of the joys of living in the information age must surely be the capability to be surprised by the new and unexpected. Too much personalisation can in my view simply define our own limitations and stop us experiencing the novel, the challenging and the thought provoking.

I find I am increasingly disappointed with the lack of broad spectrum knowledge and critical thinking displayed (or not) by much of the population at the present time. Some may call this a resurgence of stupidity.

I know we all have different levels of capability, intelligence and reasoning. However, regardless of where you fall in those categorisations, the increasingly small personal worlds we create seem to be reducing our capability to absorb knowledge beyond our immediate interests.

One example is the recent collaboration between rapper Kanye West and Si Paul McCartney. The twittersphere has apparently been praising Kanye West for giving a helping hand to ‘up and coming talent’. The majority of tweeters having apparently been away on the day(s) the biggest selling singer/songwriter in history was mentioned in any of their education systems.

Whilst I don’t necessarily think my contemporaries would have been able to quote the lyrics of Irving Berlin, the  overwhelming majority would have recognised him as a major composing force of his generation. Although a narrow and trivial example, it does seem that a system wed to achieving narrow exam success combineed with an apparent reduction in the enquiring mind is not serving people well.

Whether the root cause is lack of interest, intellect or concern, I certainly think the current trend is a step firmly in the wrong direction and an opportunity not only missed, but wasted.