It is widely accepted by the majority of reputable medical sources, that for an average healthy male, the brain is sixty percent water (by weight). Similarly, the rest of the body is around 75% water.

For the brain, the rest is taken up with structures of the brain, blood, cerebral fluids and the like. This does make you ask how something as complex and varied as consciousness can exist in what is, in effect a wobbly bucket of blancmange?

Questions of consciousness aside, it does emphasise the importance of remaining hydrated to healthy brain and body functions. Failing to do so could therefore have consequences to both and may account, at least in part, to an increase in my tendency to put things down and forget them over recent days. Although I must admit this isn’t entirely new, as one of my last actions before leaving the UK was to stop my Oyster card ( a travel card for public transport in London).

My blog posting are somewhat Australian centric at present. Obviously they won’t be forever, but it isn’t entirely unexpected as I explore this place for the first time.

Put those two facts together and it doesn’t take much of a leap of reasoning to understand why I might be considering honesty as experienced in the UK and Australia.

So, what do we ‘know’ as a starting point? Well (with apologies in advance to my Australian friends) it’s widely believed in some circles in the UK that everyone in Australia is descended from rampant sheep rustlers (at best) – so dishonesty is far more likely. This has a number of flaws, not least historical inaccuracy – but never let the facts get in the way of a good stereotype.

It also misses the point that even if this had been the case, these ‘offenders’ were English and French (providing the majority of transported prisoners), so it would be reasonable to apply the same national stigma to the originating countries. Finally. transportation ended over 150 years ago. To suggest this has any residual bearing on national characteristics assumes the nature versus nurture debate has been won, which to best of my knowledge is not yet the case. 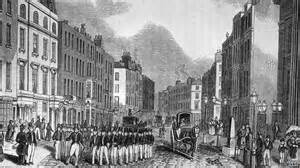 In contrast of course, the British Isles virtually single-handedly created the model for the modern police service, designed an effective Courts system and is the home of Parliamentary democracy – so surely honesty must be in the very DNA of its nationals.

Very few people ask why quite so many judicial functions were necessary in such a law abiding idyll. The vast majority of the population at this time lived in degrees of poverty. Whilst I count myself as a decent and responsible person, were I subject to those levels of social inequality and injustice, I may well have found myself travelling south courtesy of HMG.

Three modern day examples of honest behaviours spring to mind in this effort to compare and contrast the differences in thought processes and behaviours between the UK and Australia. These are the case of the mislaid camera, the mystery of the stolen wallet and the misplacing of the travel ticket.

Yesterday, I was lucky enough to visit Tahbilk wineries in Victoria (purely for tourist purposes you understand) and spent a very pleasant afternoon sampling their various products.

Not unlike many venues of this type, they were very popular with a reasonable number of visitors. Lunch was available in their bistro and my newish camera (Cannon D70) was placed on the chair next to me while we ate.

For reasons I can’t quite fathom it remained there after we left and it was only when we had left the winery that I realised it was missing. Making a quick turn around I went back to the bistro more in hope than expectation of finding the camera. However, it had been handed in and was behind the bar. The owner seemed quite alarmed that some people wouldn’t have considered returning it asking ‘but why wouldn’t they? The pictures won’t mean anything to them and you’d have to go in to Melbourne to get one of them’.

The thought that a thief may still be driven by emotional considerations rather than merely the profit motive was refreshing and striking. The similar situation in the UK would have been fruitless (in my view). It did make me wonder whether the sheer scale of this country/continent has an impact. The issue of replacing a stolen item and the disruption that would cause was factored into the consideration. It simply wouldn’t be an issue at home.

The second incident related to the theft of a wallet. It was explained to me (and independently corroborated by others) that it is fairly common for a pick-pocket to lift a wallet and after removing the available folding money to post the wallet in the nearest post box at which point the Australian postal service will attempt to return it to the owning bank or owner. All rather civilised  and different to the occasion I had my wallet stolen in London and was able to trace the pickpockets route by the trail of discarded content along his/her route. So if we did export our criminals it appears to have been the gentleman burglar school of larcenist. 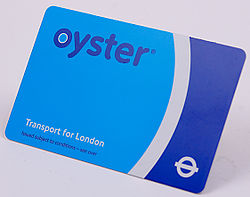 The final comparison relates to the loss of travelcards. I mentioned that I had misplaced an oyster card in London. A quick check online showed that whilst in Canberra on 19th December I was simultaneously on the number 36 bus in Kennington.

In the world of e-travel it’s easy to see where your lost/stolen card has been used – not something my ‘finder’ thought about. So again, if we did export our criminal classes we must have sent the brighter end of the spectrum.

I mentioned that I had stopped the card some days earlier, however this hasn’t been processed in time so I lost my twenty pounds – after all it’s just an oyster card. Unfortunately a fairly typical reaction today.

Contrast that with the efforts of the staff at Sydney’s revolving restaurant where a similarly inconsequential travel card was left on the table. On reporting this the waiting staff made checks with their colleagues and offered apologies as to its loss. More effort than I had expected and more than experienced at home with Transport for London.

However, this was insufficient for the manager who at his insistence searched the ‘rubbish’ from the cleared tables and recovered the travel card. Something which I just cannot imagine happening in many places in the UK.

Although I don’t believe that Australia is free from its fair share of nefarious characters, there does seem to be something in the national psyche that is fundamentally honest. Of course both countries have their own shared similarities – the flexible approach to ticket purchases on some forms of public transport being good examples.

However, based on my personal experiences over the last 2 weeks I would say in terms of the UK ‘God save us from ungracious thieves’ and here ‘Advance Australia fair’

One thought on “A comparison of honesty”